Internalized Racism in the Nonprofit World
​for LatinX

What are the barriers to advancing Latinx in the US today? To grow our power and organizations?
We need to grow our fundraising and leadership skills, and marshal our resources as a people. But some of the barriers are hard to see. Latinx in the US are bombarded with negative messages, and disempowering messages, especially our Mujeres. We even hear them from our own people, family, and staff. How many times have we heard "No you can't"?.

Let's drag this uniquely Latinx issue out into the light of day and see it for what it is.
Let's talk about how it impacts fundraising and unity.

The panel will be unique and powerful. All with unique perspectives on this chronic issue.
​
Join the Conversation
March 15, 2023, 9am PST / 12pm EST
REGISTER FOR THE WEBINAR > 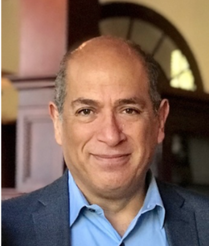 Our Moderator
Armando Enrique Zumaya is the Founder of Somos El Poder, a veteran fundraiser with 36 years of experience. He lectures internationally on fundraising in the US, Mexico and the UK. He lectures and writes about the Latinx experience in the nonprofit world. His work includes direct experience raising five, six and seven figure gifts from Latinx in the US. He is an active development officer. He has spent the bulk of his fundraising career as a Major Gift, Leadership Gifts and Annual Fund Officer on two $1+ billion dollar campaigns at Cornell University and the University of California, Berkeley. He has served in the Vice President of Development, Director of Major Gifts and Chief Development Officer, Annual Fund and Leadership Gift roles. He is well known for his work in teaching prospecting, solicitation, cold calling, Latino Major Giving techniques and remote constituency fundraising.  He has been a tireless advocate for improving the Prospect Researcher/Fundraiser relationship and creating a prospecting culture inside development teams. He is  well reviewed speaker.

Armando has also lectured at APRA, AFP Chapters, AFP Hemispheric, APRA Chapters, BBCON, GIFT, AFP, The Foundation Center, Development Executives Roundtable, CARA, SAWA, MARC, Compass Point, Blackbaud, Forum on Fundraising and Academic Impressions. He has been featured in the Stanford Social Innovation Review, the Chronicle of Philanthropy, APRA Connections, the Grassroots Fundraising Journal, and other publications. He has been widely published including the nationally acclaimed OpEd in the Chronicle of Philanthropy on March 24, 2014 entitled “Give Fundraising Researchers More Influence and More Credit”. He has also been published in the Grassroots Fundraising Journal, Currents (The Magazine of CASE) The Major Gifts Report Fundraising Compass, Bloomerang, Frost on Fundraising and others. He lives in Northern California and is a proud alumnus of the University of California, Riverside and Theodore Roosevelt High School in Boyle Heights, East Los Angeles.​
OUR PANELISTS 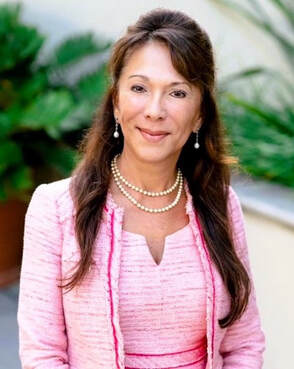 Dr. Laura Padilla, a nationally noted author, law professor, and scholar on internalized racism.
​
Dr. Laura Padilla has been on the faculty at California Western School of Law since 1992, where she received tenure in 1997 and has been a full Professor since 1999. From 2007-2013 she was Associate Dean for Administration and General Counsel. Professor Padilla graduated from Stanford University with a BS in Communication and a minor in Italian Studies. She received her JD from Stanford Law School where was Business Manager of the Journal of International Law and actively engaged with the Stanford Latino Law Students Association, serving as co-president.

Professor Padilla teaches Business Organizations, Business Planning, Externship Seminar, Gender, Property & Law, Land Use, Property I, and Property II. Her research focuses on gender, race, property and power, and climate change, land use and property issues. She has served the Association of American Law Schools (AALS) as an appointed member of the Committees on the Recruitment and Retention of Minority Law Professors (chair during 3rd year) and on Bar Passage and Lawyer Performance, and as a member of various site visit teams.

Professor Padilla has been recognized for her leadership and was selected as a Kellogg Fellow, Class XV. The San Diego County Bar Association honored her with the Service to Legal Education award in 2008, Stanford University presented her with the Governors Award in 2009 (up to 15 awards are given each year for exemplary volunteer service to the University over an extended period), she was elected as a member of the American Law Institute in 2010, and the San Diego Daily Transcript named her a Top Attorney in the academic category in 2012.

She has been an appointed member of the Stanford Alumni Association’s Board of Directors, the Stanford Associates’ Board of Governors, and the Stanford Athletic Board. Professor Padilla co-founded the Stanford Multicultural Alumni Club (SMAC), and is committed to working with youth, law students, and lawyers to promote social justice, and to increase Latina leadership in the Academy. 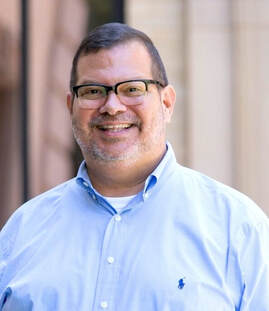 ​He has served on the Hispanic Bar Association of PA as President, HNBA Regional IV President, elected Chairman of the Board of Asociacion de Puertorriqueños en Marcha, APM, Inc, and Chairman of the Board of Action Aids. In 2008, he was selected to PA Delegate for Obama. He has been honored by the HNBA as their Pro Bono Lawyer of the Year in 2014, selected 2005 Lawyers on the Fast Track by The Legal Intelligencer and PA Law Weekly. He enjoys contributing to making this world a better, kinder, and gentler place to live.​ 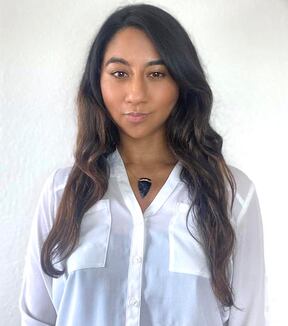 Gema Cantu, new to the fundraising and nonprofit profession.

Born and raised in the Mission District of San Francisco, Gema strives to provide arts education, access, and culture to her community. She is currently the Development Manager at Young Audiences of Northern California, a nonprofit dedicated to bringing creative experiences to youth and the Bay Area. Gema is responsible for creating fundraising initiatives as well as developing and maintaining existing relationships with individuals and organizations for support.

​As a Latinx woman of color working in the development field, Gema looks to re-imagine the traditional culture of the fundraising world and implement new fundraising approaches that integrate Inclusion, Diversity, Equity, and Access (IDEA). In addition, she believes in providing support to fundraisers of color and connecting them with professionals in the field to enhance their fundraising skills in order to support their own organizations and communities.
Join the Discussion >